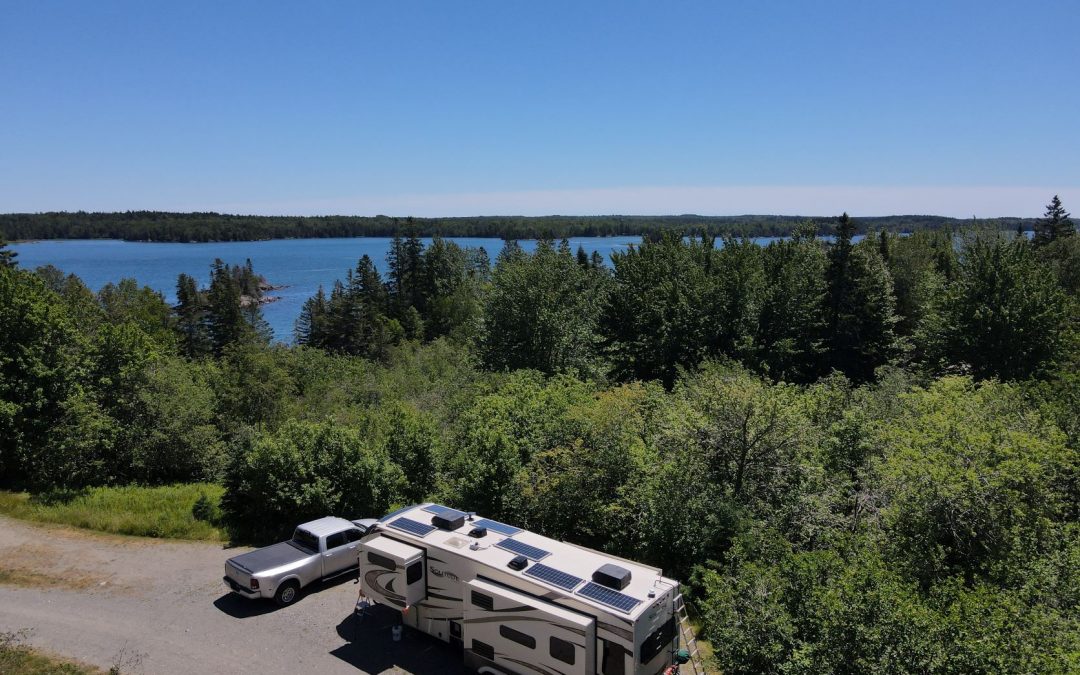 In our full time travels in our fifth wheel camper, we found a beautiful state park (our preferred type of campground) in Maine, Cobbscook. surrounded by trees, trails, and water, what a beautiful and natural place to camp. Just be aware this is dry camping only – no water, power, or sewer hookup. But they do have a water fill and dump station, as well as a bathhouse. 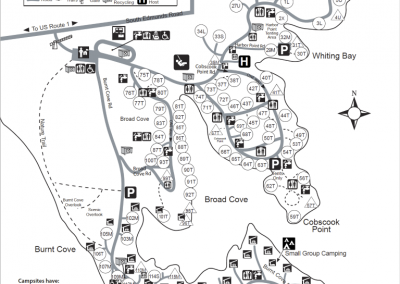 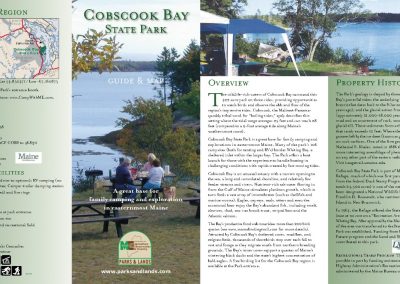 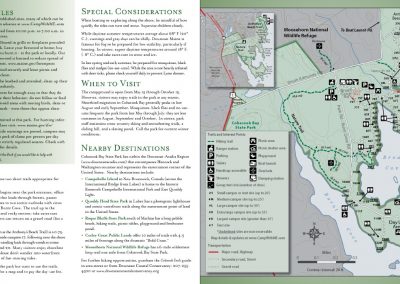 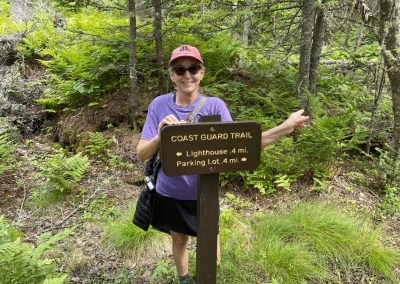 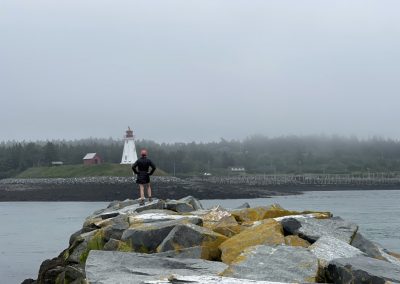 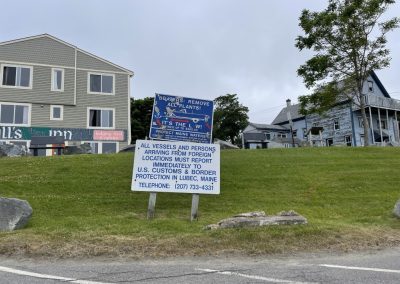 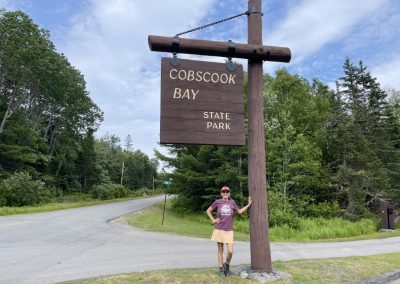 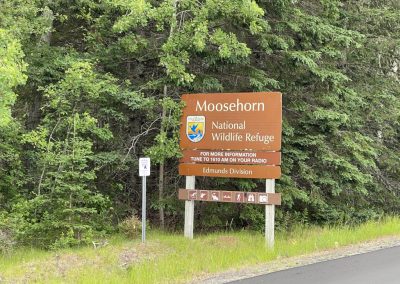 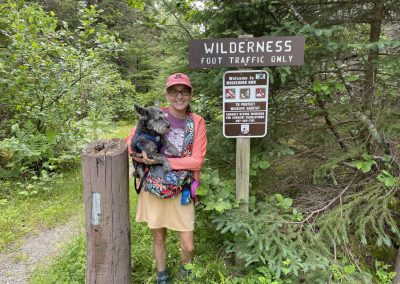 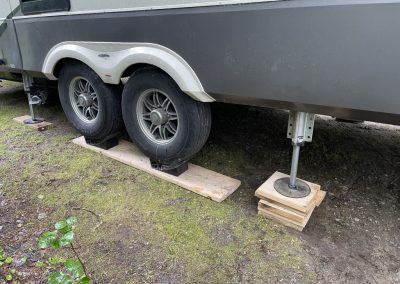 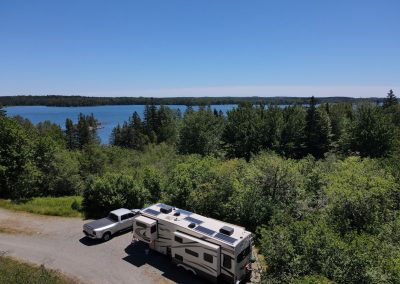 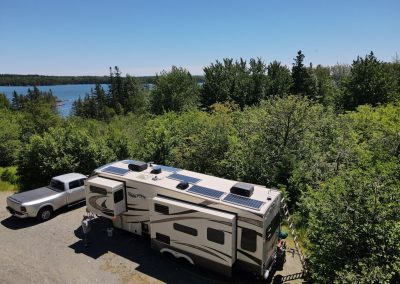 Color Brochure with Map inside

The following rules and regulations are established by the Bureau of Parks and Lands (Bureau) pursuant to the provisions of the “Maine Revised Statutes Annotated,” Title 12, Section 1803, subsection 6.

1. The use of all State Parks and Historic Sites, as defined in the Title 12 MSRA section 1801 (5), (7), shall be limited to the purposes for which they are being preserved and to activities determined by the Bureau to be compatible with the intended use of the facility. Activities which endanger persons or property are prohibited. The removal, molesting, injury or damage of anything natural, physical, prehistorical, or historical within these areas is strictly prohibited except as outlined in section 20 regarding hunting, trapping and firearms.

2. Feeding or touching wild animals found in the parks or historic sites is prohibited. For health and safety reasons, visitors are required to put away food securely and leave picnic areas and campsites clean.

3. Day use areas will be open from 9:00 a.m. to sunset daily, unless posted otherwise due to operational constraints.

5. Intoxicating beverages are not permitted in historic sites, day use areas, or in the common public areas in campgrounds. Disorderly conduct is prohibited. This includes, but is not limited to, indecent acts, intoxication or coarse language.

7. No pets are allowed in the Sebago Lake State Park campground. Pets are not allowed on beaches between April 1 and September 30. Pets must be on a leash under the physical control of the pet handler and must not be left unattended. Pet owners must immediately clean up any fecal deposits left by their pets. Pet owners may be assigned picnic or campsites in a less congested area of the park.

8. Wheeled vehicles including bicycles shall be parked only in places designated for that purpose, conform to posted traffic regulations, be confined to roads and trails specifically designated for their use and otherwise comply with all applicable State laws. Vehicles parked in unauthorized areas may be towed at the vehicle owner’s expense.

9. The discharging of wastes, including soaps and detergents, is prohibited except in a receptacle specifically designated for that purpose.

10. All refuse shall be placed in designated containers provided by the Bureau. No refuse shall be deposited in any type of toilet facility. At those areas where the Bureau has a carry in/carry out policy, users shall be responsible for carrying out all their refuse.

12. Campsite vacancies will be filled either by the State Park Campsite Reservation System or on a first come, first served basis. All campers must register in person when arriving at a State Park campground.

13. The camping day is from 1:00 p.m. until 11:00 a.m. Camping, at any one park, shall be limited to a cumulative total of fourteen (14) nights from the last Saturday in June through the third Saturday in August. Sites may not be left unattended more than two nights. Absences exceeding two nights require prior approval of the Park Manager or designee. The Bureau may remove unattended equipment at the equipment owner’s expense.

14. Campsite occupancy and use is limited to:

15. Campsite visitors will be allowed as follows:

17. Trails will be opened and closed by the Bureau as warranted by environmental and safety conditions.

18. The use of chain saws and power equipment is prohibited. Generators may be used between the hours of 8:00 a.m. and 8 p.m. as long as they do not bother other visitors.

19. The use of floating devices, face masks or snorkels is prohibited at surf beaches. Scuba diving may be allowed by permit obtained at the park.